The diabetic macular edema is linked with socio-economic conditions

The diabetic macular edema is linked with socio-economic conditions.

Diabetic retinopathy is a disease that damages the blood vessels in the retina, resulting in vision impairment, Diabetic Macular Edema is a frequent complication among people with diabetic retinopathy, that can lead to blindness. DME characterises for the thickening of the retina at the macula resulting from the increased vascular permeability of the retina, and consequently a gradual loss of central vision1. The loss of vision is a serious consequence for daily living. It undoubtedly produce loss of independence in activities of daily living, and loss of quality of life that increases the probability of mood disorders, mainly anxiety and depression 2,3.

Diabetes affects more often the men than the women. In Spain, the prevalence for men is 10.6% and 8.2% for women. The general prevalence is 9.4%. That means that about more than 4.6 millions of Spanish people are diabetics 4.

With the increase of people with diabetes in the world, the burden of the DME is also expected to rise. Patients with DME use more the health system (testing and treatment modalities5 ) than people with diabetes without that complication. Some studies show that medical costs are 29% higher than those for unaffected patients with diabetes 5,6. Furthermore, we must bear in mind with the decline of visual acuity that the costs of DME increases 7.

Despite all the clinical and social consequences of the visual loss linked with the DME, as far as we know, many few has been studied about the social characteristics of the people with DME. The role of gender, educational and socio-economic level is poorly developed in the scientific literature. In our opinion these variables could be interesting drives to identify risk groups to promote healthy habits and training programs.

With this study we want to describe the current general profile of people who suffer from DME. We want to focus on the socio-economic point of view and to identify social determinants of the perception of well-being. It allows us to identify a potential drivers to reduce costs.

For that purpose, an interview was constructed with the help of a group of experienced ophthalmologists. After that, trained ophthalmologists completed the interview with the patient at their offices. 227 patients were included from hospitals of Andalusia. No personal data that could identify the participants was collected.

The low perceptions of the pernicious consequences of a bad control of diabetes are evident. The general profile also shows that people with DME have a long history of diabetes (around 20 years of evolution). The first signals of visual loss are not quickly detected. It takes more than 2 years since the beginning (26 months) to be diagnosed; there is a low self-awareness of loss of vision. On the other side, we must say that the period of time since the diagnosis and the beginning of treatment is short (around 6 months).

There is a moderate level of dependence on activities of daily living (Barthel Index is on average 82.67). Anyway, we must say that in this index, the categories in which the patients show more difficulties are not directly linked with loss of vision.

The level of education and the level of incomes are important variables. For instance, the people with higher level of studies are those with a lower age. And those with higher incomes are those with a shorter history of diabetes. Additionally, there is an influence of the training of the person and economic level. We have seen that high educational and economic level have to do with the perception of quality of life. In general, a higher level in both variables are linked with fewer complaints about their health status. At this point, we must underline the fact that the medical decisions were not influenced by economical o social variables. There were no correlations between the level of education and the level of incomes, and medical decisions.

Another important question was about the role of the gender. Does it have anything to do?. Yes, the profile and consequences of DME are different depending on the gender. Women have a lower perception of their health status than men. The dimensions with complaints among women are three fold more than among men. That maybe has to do with the fact that women also have a longer history of diabetes. The average years with diabetes are 22 for women meanwhile are 18 for men.

Finally we made a comparison among the different main pharmacological treatments for DME: Aflibercept, Ranibizumab, Bevacizumab, and Ozurdex. The clinical results were very similar among all these treatments, but for similar results, Ozurdex implied fewer commutes to follow up the cases and for medical treatments, additionally Ozurdex, required a lower number of doses. Consequently this treatment is the one with lower social cost, for similar clinical effect.

In short, we must conclude that vision impairment and perception of quality of life are linked to socio-economic conditions and level of education. Educational and awareness programs should reduce 1) the period to detect loss of vision, 2) uses of the health system and 3) costs of illness. 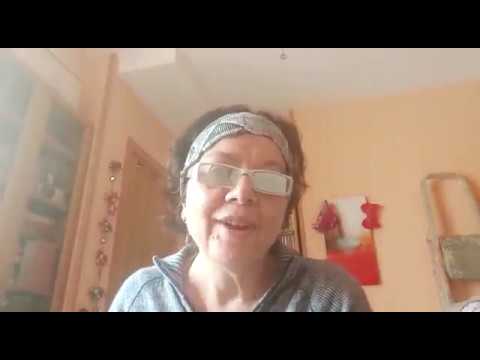